How much Caffeine is in a Shot of Espresso? Caffeine is a popular drug that many people consume daily for its ability to make you more alert and also its health benefits. For their dose of caffeine some people drink brewed coffee, while others may consume energy drinks.

However, many others love having an espresso instead. This begs the question, how much caffeine is in a shot of espresso? Here we’ll answer that question while also looking at the amount of caffeine in other coffee drinks. Stay tuned!

What Can Affect The Level Of Caffeine In Espresso?

Ever wonder how caffeine levels can vary from cup to cup of espresso? It turns out that various factors can affect how much caffeine is extracted from the coffee bean. From grinding size and brewing time, to water temperature and extraction method, each variable has the potential to change the final caffeine content.

If you’re looking for a jolt of caffeine, it’s essential to know what factors contribute to higher caffeine levels in espresso. Here we take a closer look at those key factors.

How Much Coffee You Use

Using too much coffee can result in an espresso that is too strong and can even cause jitters. On the other hand, if you use too little coffee, the caffeine content will be too low, and you may not get the full benefits of espresso.

All of these factors must be considered when trying to control the caffeine content in espresso. For example, if you are looking for a low-caffeine cup of espresso, you would want to use Arabica beans that have been darkly roasted and ground coarsely.

Conversely, if you are looking for a high-caffeine cup of espresso, you would want to use Robusta beans that have been lightly roasted and ground finely. By considering all of these factors, you can control the caffeine content in your espresso to suit your preferences.

Which Roast You Use

As we mentioned, just as different coffee beans can affect the flavor of espresso, the roast can also impact the drink’s caffeine content.

However, the difference between the roasts isn’t huge when it comes to caffeine content and therefore this isn’t the most significant factor.

How You Extract the Coffee

How you extract the coffee can significantly impact the caffeine content in espresso. Different brewing methods can extract different amounts of caffeine from the beans; even little variations can make a difference.

For instance, if you use a finer grind, you’ll extract more caffeine. You’ll also extract less caffeine if you brew for a shorter time. So, if you’re looking for a more robust cup of coffee, you might want to experiment with different techniques to see what gives you the best results.

Just remember that espresso is already a concentrated form of coffee, so it packs a bigger caffeine punch than other brewing methods per ounce. With that in mind, be careful not to overdo it as too much caffeine can lead to uncomfortable side effects like jitters and anxiety.

How Many Mg of Caffeine in a Shot of Coffee?

A shot of espresso typically contains 75mg of caffeine. With the factors that we’ve mentioned above, this figure can change by up to approximately 25 per shot. One espresso made a certain way may have 50mg of caffeine while another many have 100mg. If you’re looking either for a more caffeinated espresso or are looking to reduce your caffeine intake, it’s important to bear this is mind.

How Much Caffeine in One Shot of Coffee?

Like most people, you probably enjoy a cup of coffee in the morning to help wake you up. But how much caffeine is actually in a cup of coffee? And how does that compare to other caffeinated drinks? A typical cup of coffee contains just under 100mg of caffeine, while a can of cola has about 35mg.

How Much Caffeine in a Double Shot of Espresso?

However, pregnant women and people with certain medical conditions should limit their caffeine intake. Caffeine can also interact with medications, so checking with your doctor before consuming any caffeinated beverages is essential.

In general, a double shot of espresso is a safe and moderate way to consume caffeine.

How Much Caffeine in 4 Shots of Espresso?

For comparison, an 8oz energy drink usually has around 300mg of caffeine, with a brewed coffee having about 100. Hopefully, this gives you all the info you need if you’re either looking to cut down on your caffeine intake or find the drink that gives you the best hit!

home > Perfect your Brew > How much Caffeine is in a Shot of Espresso? How much does an Espresso Machine Cost?
Most espresso machines can cost you anywhere from $100 to $500 but some are even…
Learn More >
COMMENTS How much Caffeine is in Chocolate Covered Espresso Beans?
Chocolate and coffee have a lot in common, they are both rich in nutrients and…
Learn More >
COMMENTS 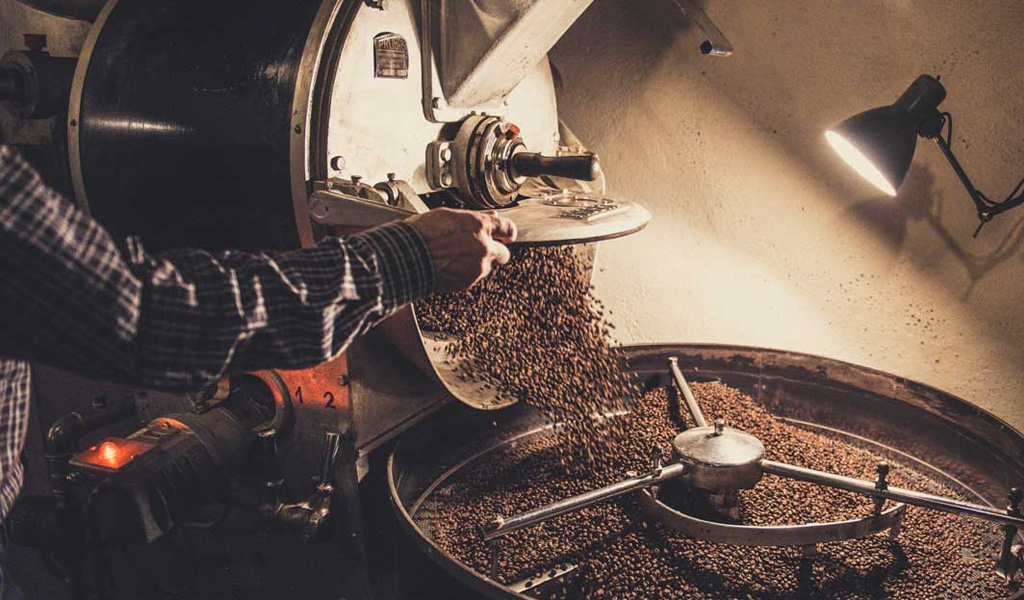 Coffee Nutrition Facts & Labels for your 18 Favorite Brews
The story of the inception of coffee goes that it was used to save a…
Learn More >
COMMENTS
JOIN THE COFFEE CLUB!
Be the first to read breaking reviews, recieve special discounts, and all the happenings!